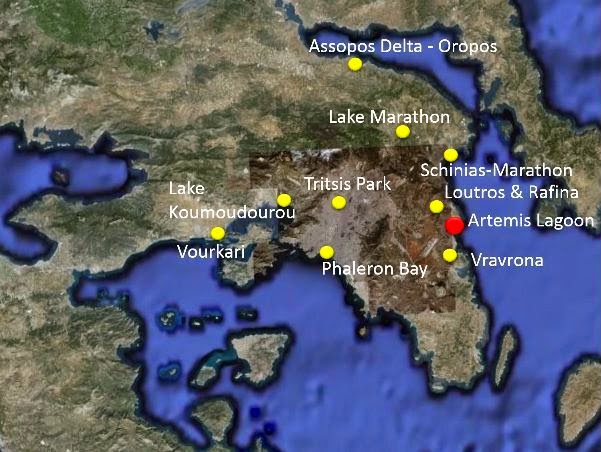 in the urban landscape that extends around the great European capital (Athens); where can we see the birds landing?

Many will say: Bogs!

Well, some wetlands work, but are they good for birds? As most experienced birders know, it's not just about wetlands, but also about certain "bird" characteristics. Here are some features that I think are important in distinguishing important wetlands for birds:

a) Extent - it must be large enough, the habitat must be sufficient to support large numbers of birds and attract many species of birds.
b) Biological productivity - Birds need food!
c) Diversity of habitats. More habitat types, more birds.
d) Habitat quality. Some habitats attract large bird populations or are important breeding, resting and feeding sites; certain “special habitats” are of exceptional importance; for example: old trees of large deciduous trees, freshwater ponds, large reedbeds, mudflats, wet meadows of open grasslands,
e) Protection from disturbance - simple things like campers and dogs can destroy the birding area; cover is important: islands in lakes, wetlands, dense forests, rocks around swamps, etc.
e) The natural character of the landscape. Not only its area, but also the environment determines and influences the attractiveness of areas for birds. Sometimes a site is like an island in a city or an industry, which is a kind of negative effect that adds value to the site (oasis effect), but generally a good site has a nice "natural" look.
g) Relatively stable - I know there are no wetlands here, but certain stable features, such as a stream or a lake, create fairly predictable conditions.

So, given the above characteristics and what we know about bird populations in Attica*, it is not hard to guess which of the 100+ known wetlands in Attica are the PRIMARY areas of 'birds.

Here are my thoughts, in order of importance:

This rating is only an expert assessment. For example, if one or two important sites are left out, it always creates controversy; but I decided to stop at 10 sites. (For example, the top ten: Breksiza, Alyki Anavissou and Schinos). The rating is not intended to distract or artificially downplay a site's importance (although it may be misinterpreted by those unfamiliar with structured ratings). We are talking again about THE INTEREST OF AQUATIC SPACES. Remember that the value of total conservation or total biodiversity is not valued. (But birds are very good indicators of habitat quality at the landscape scale.)
And there's the assessment of significance: I think that's more subjective; I haven't looked at the number of birds lately. But these are not just statistics. I want to rate it based on my general holistic feelings about "the importance" of a birding site. Some sites have significant "potential value" (even if they've had very bad days), so they rank higher. For example, Vravrona and Lake Artemis really clash - even though Lake Artemis is more degraded and smaller, it still has more waterfowl. Both objects are of great concern to vacationers, so their potential value is greater if they are managed. Of course, some of these places are better studied (Vravrona is larger and better studied than Artemisa), others are poorly studied (Marathon Lake, Faleron Bay have rarely been visited by ornithologists in recent years). I have thought enough! The battle for first place is also intense: I think it really should be Assopos-Delta Oropos, but I put Schinias first because of its very high potential value. However, I encourage anyone with an opinion to challenge it on this note!
And now for today's story: a visit to Lake Artemisa in winter.
Lake Artemis on the east coast of Attica. Number 4 above is pretty good, from a bird's perspective, but still has more "potential" than its current state. It is set in a rather ugly rural landscape and looks dark and unwelcoming. Lots of trash, trash, abandoned buildings, scattered concrete, and a huge beach (with a great view). I first visited this place in 1996 for birdwatching (although the place I visited in the late 80's was completely dry due to a long drought at that time). The site has seen rapid urbanization of its surrounding landscape - once it was a popular hunting ground - now there are game plantations around the houses and the number of birds has increased! The water regime has also completely changed, before the lake dried up in the summer, now the coast and most of the slope are paved and the lake never dries up. There are really a lot of people! So over the past 15 years we have seen wonderful changes here and more birds.
Good enough for a super quick winter visit with 8 and 5 zones. I visited twice this week: Dec 27 (afternoon tour: 14 people listed) and Dec 28 (afternoon tour: 24 people, cold and windy). The best birds were two Mallards, 1 Rudd, 15 Medium-sized Gulls and 5 Red-headed Gulls. I also liked three Eurasian pests not commonly found in the area. However, for about two years, a man named Kyriakos has been tending a flock of over 70 sheep/goats in this area, so the grass is cut and better suited for many small birds. (Yes, the economic crisis has led to a new management...). The water in the lake was splashing and I'm sure there were fish (at least red mullet). Fish eaters 4 gr. Cormorant, 1 gray heron, 1 osprey. 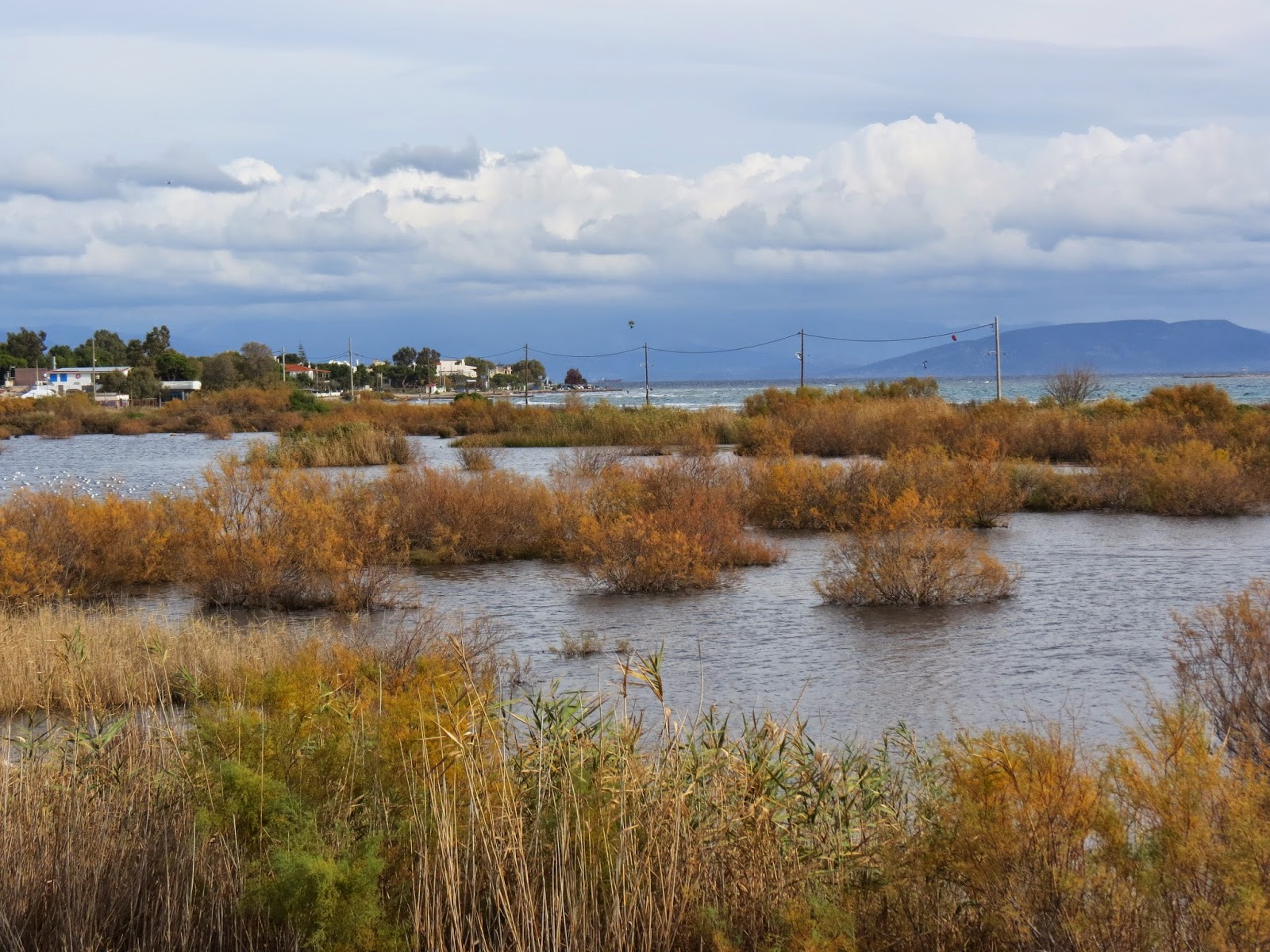 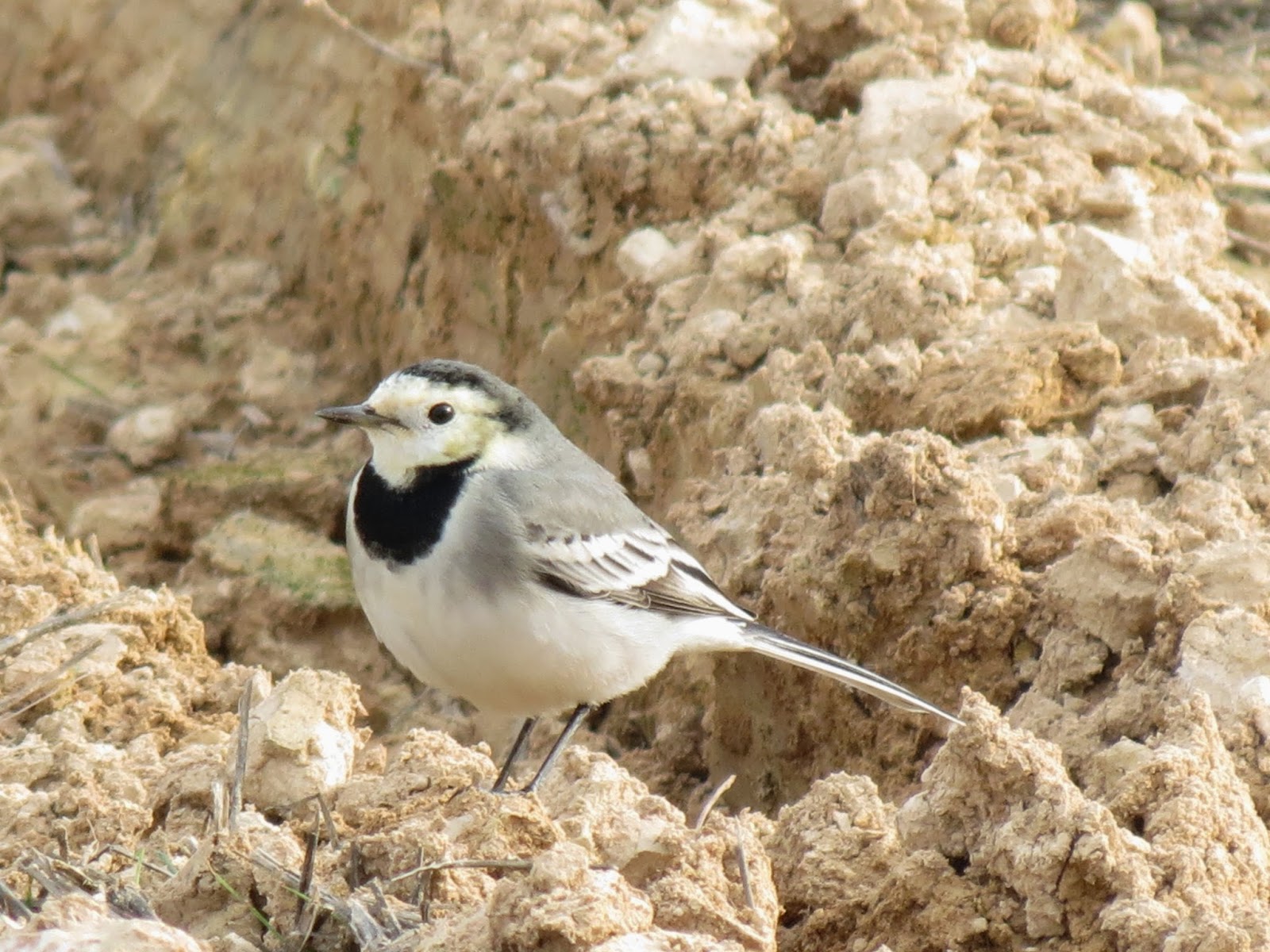 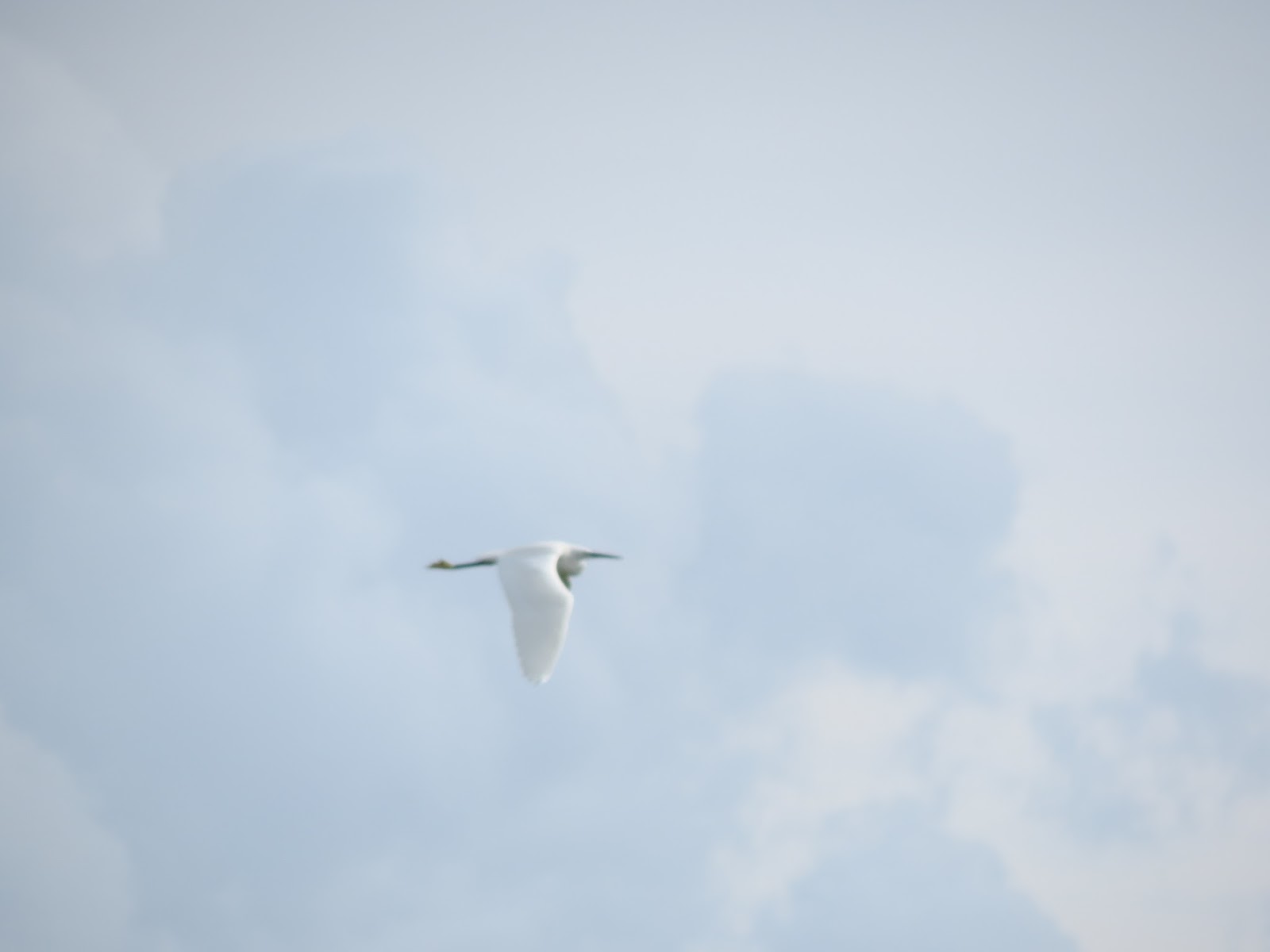 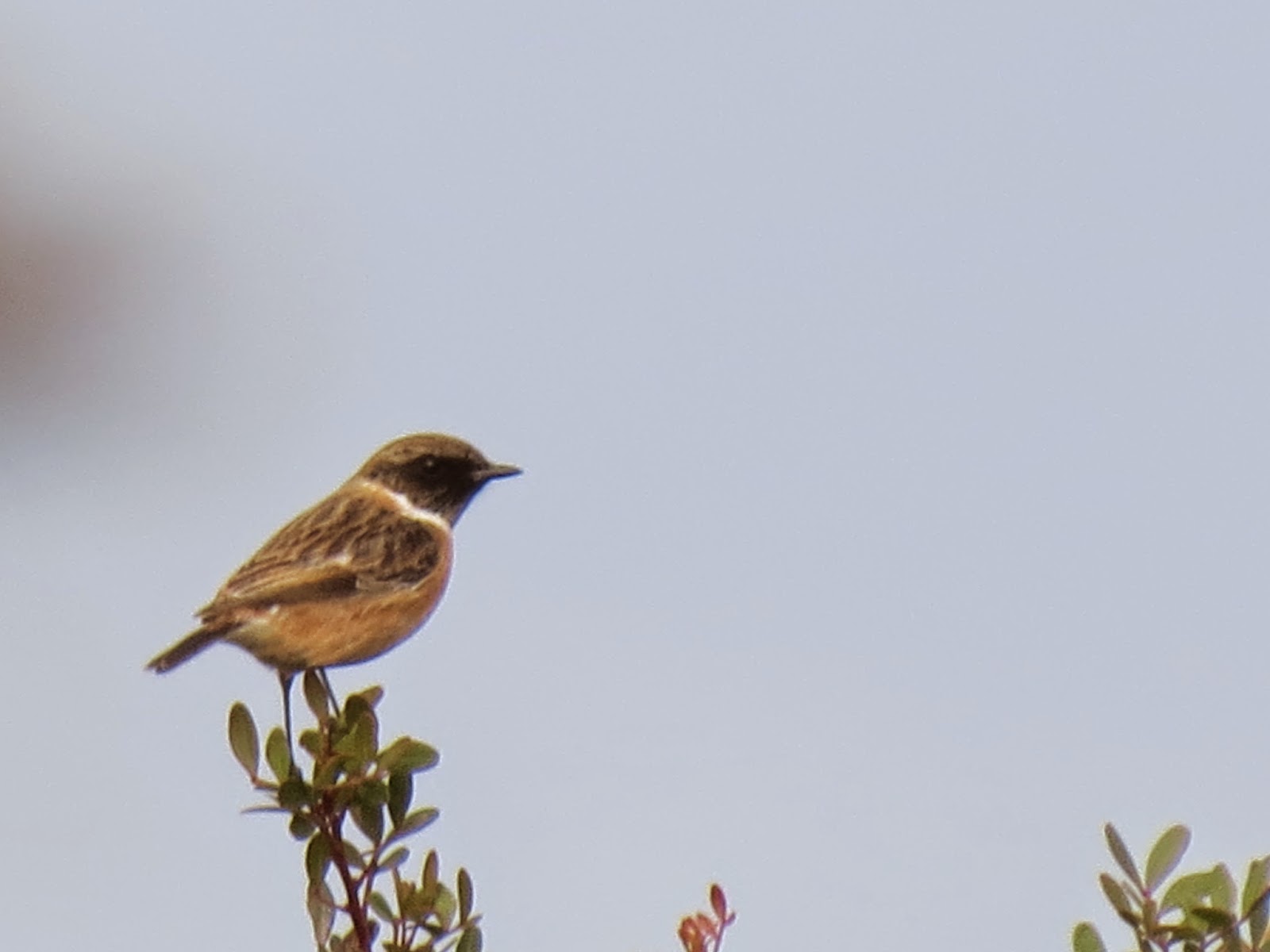 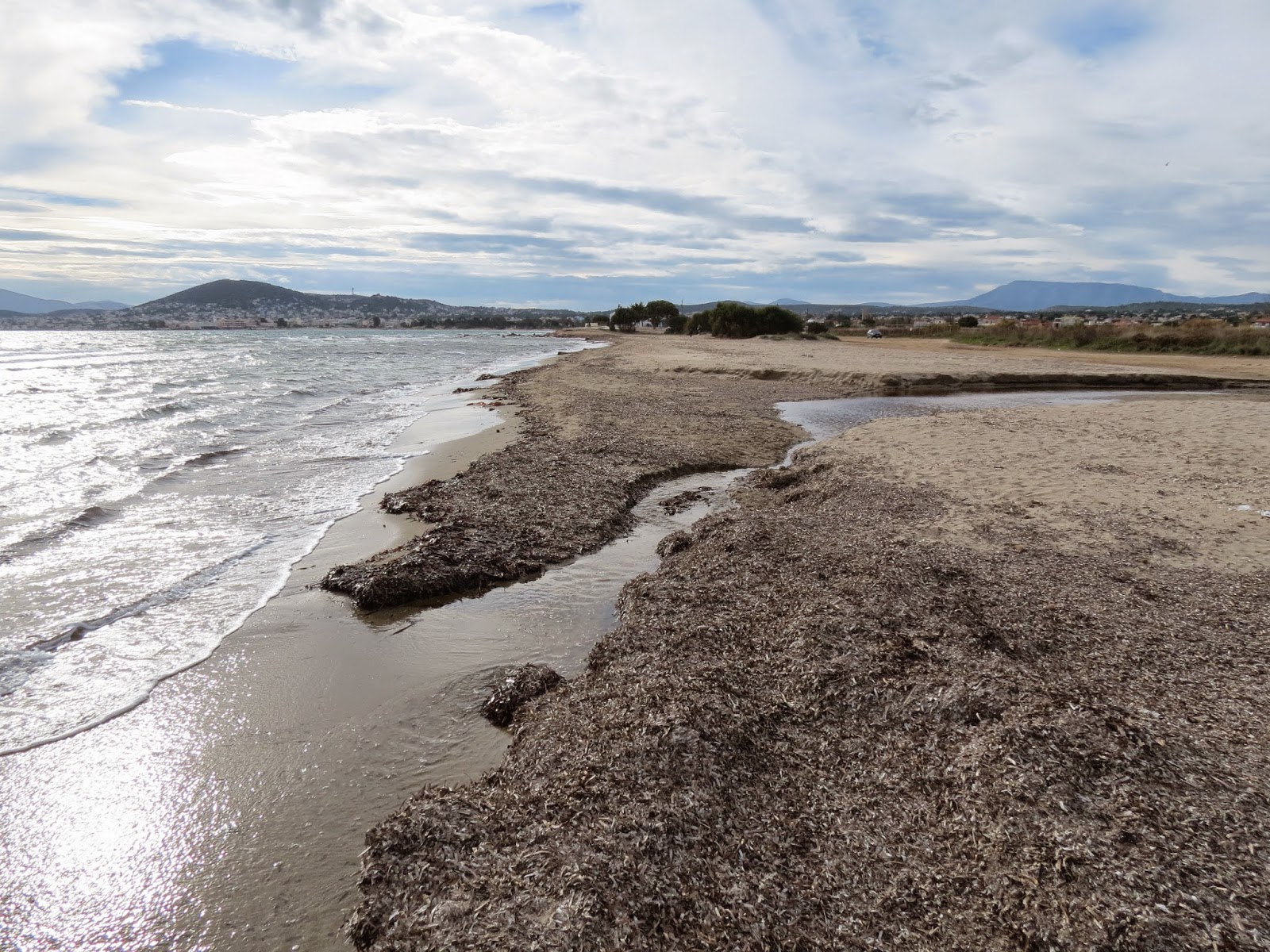 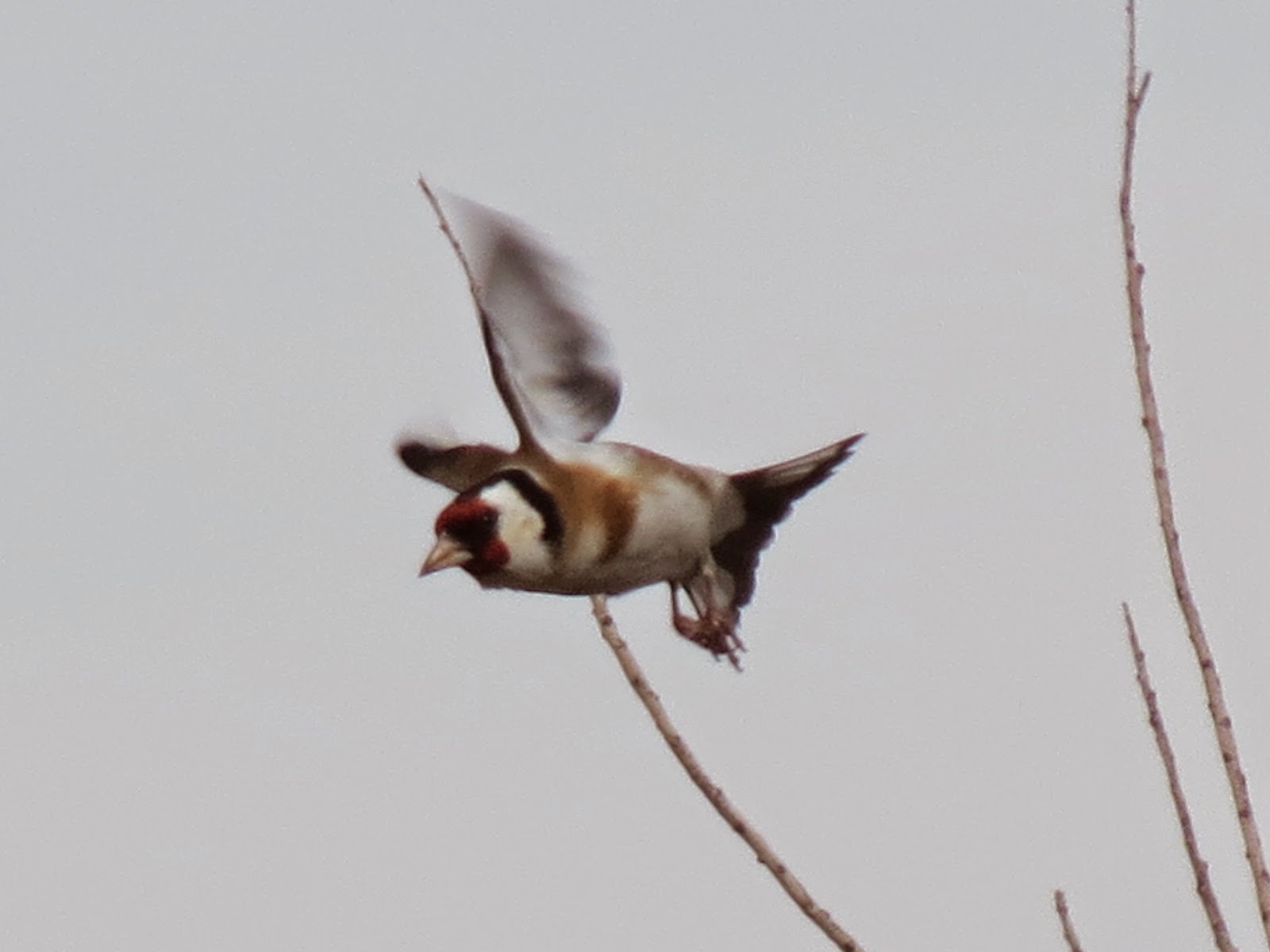 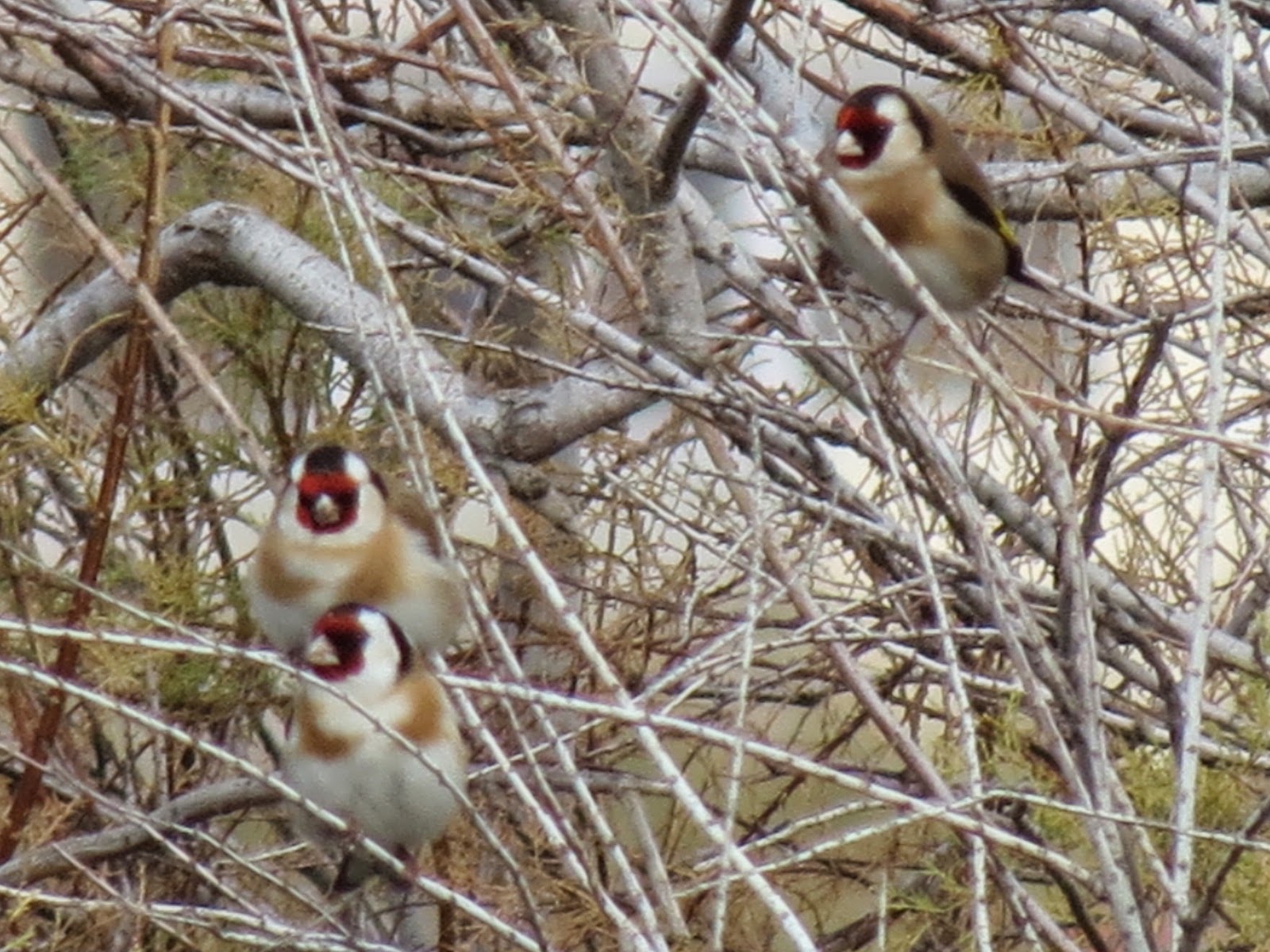 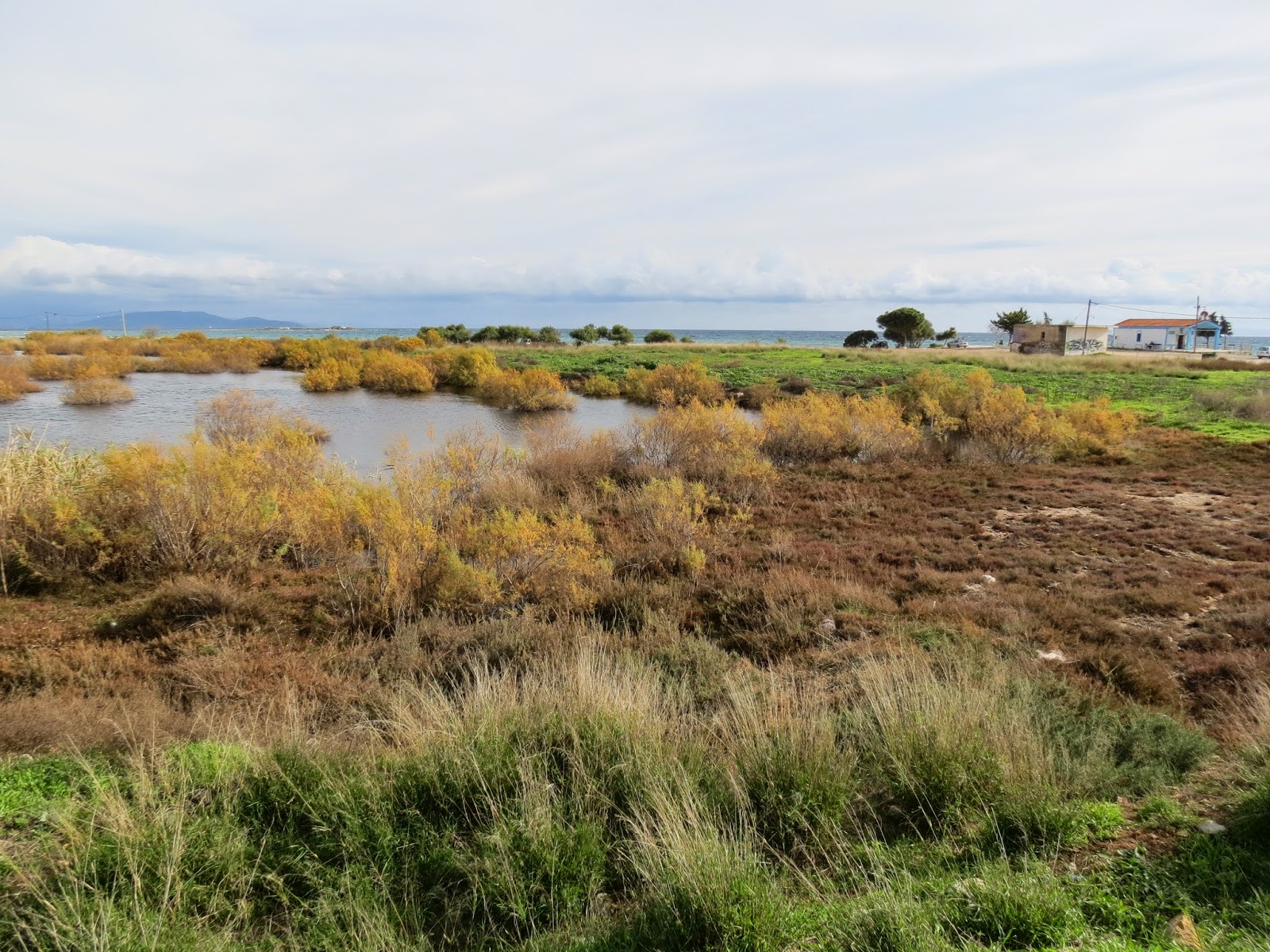 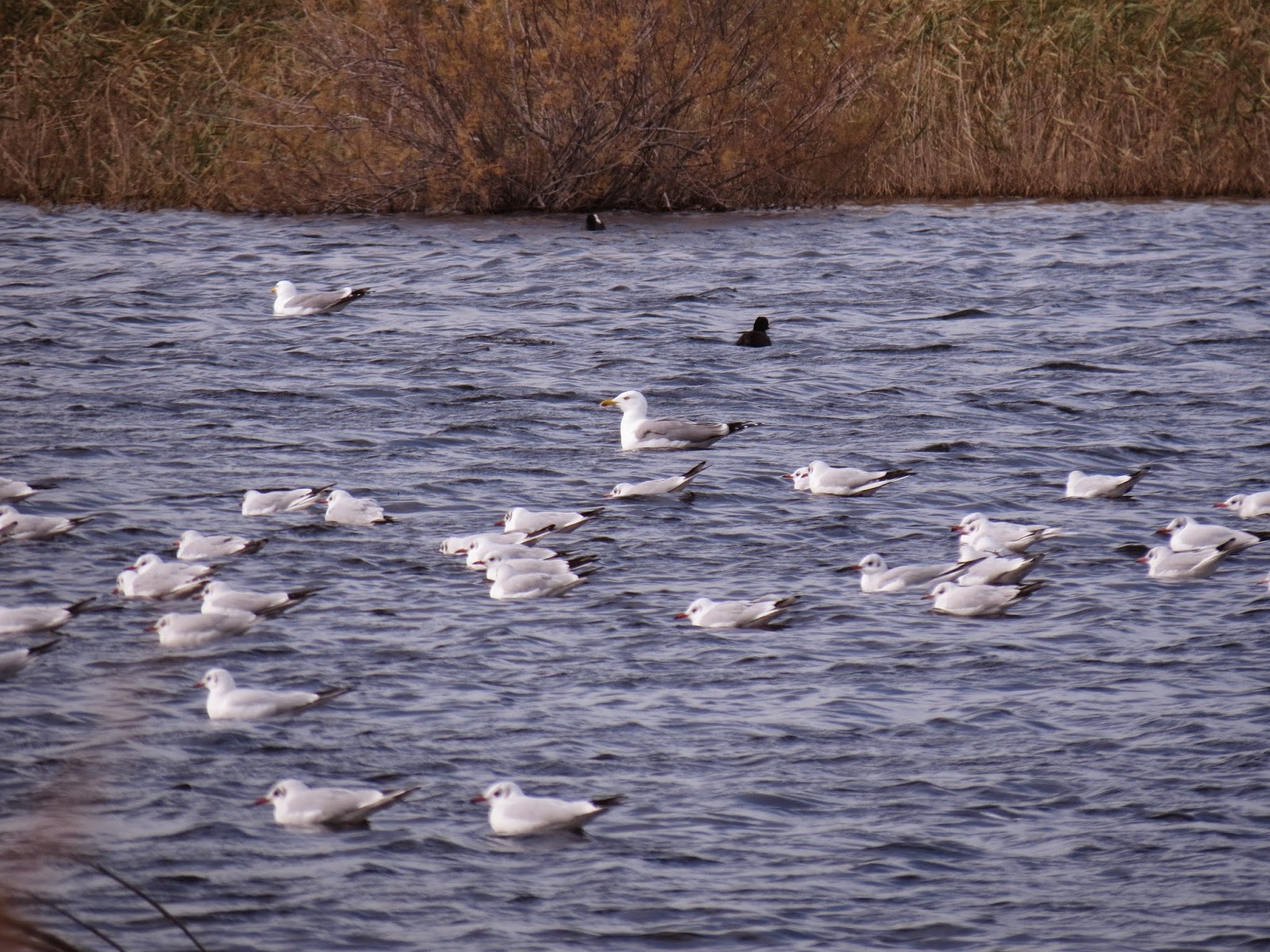 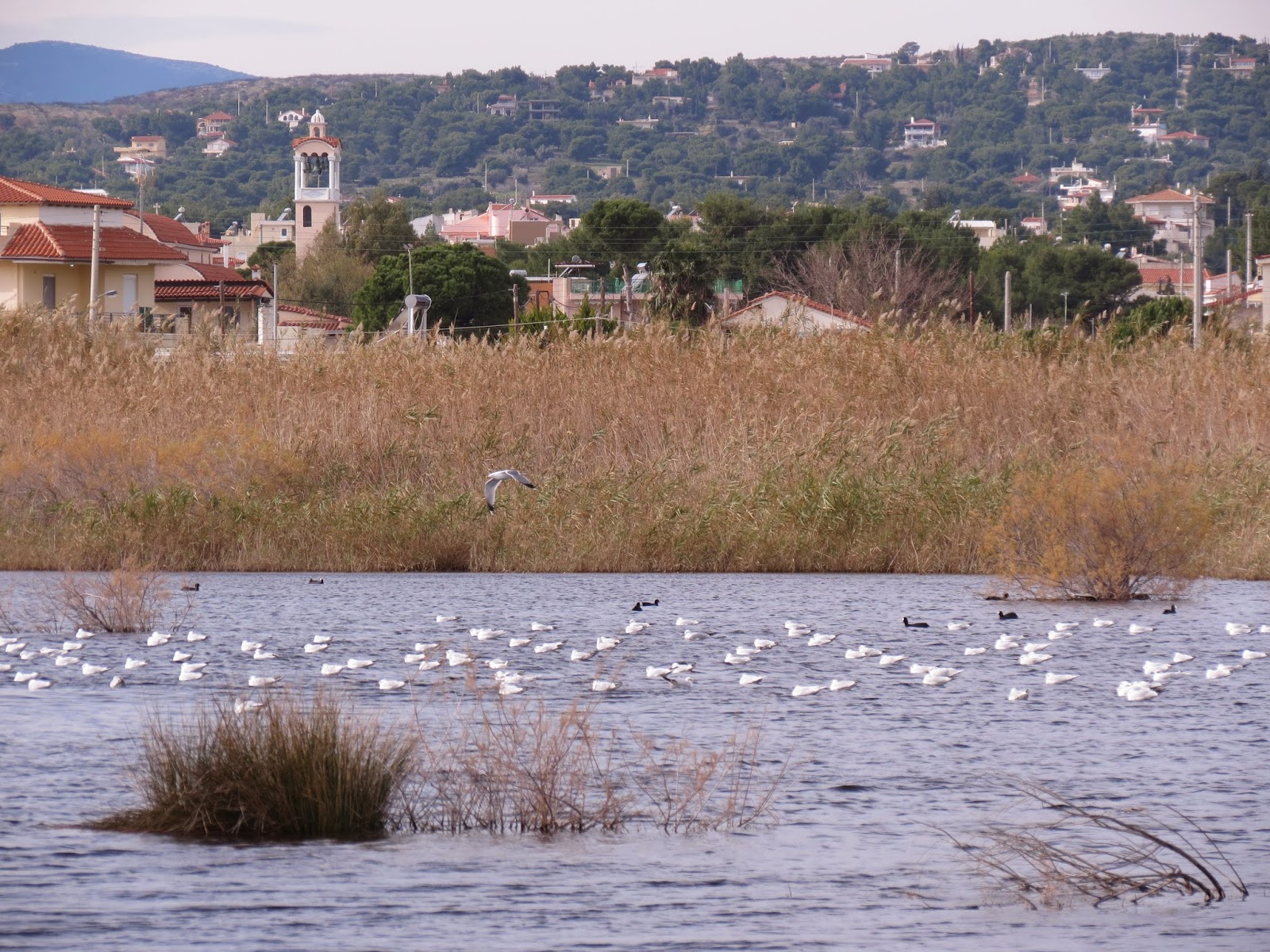 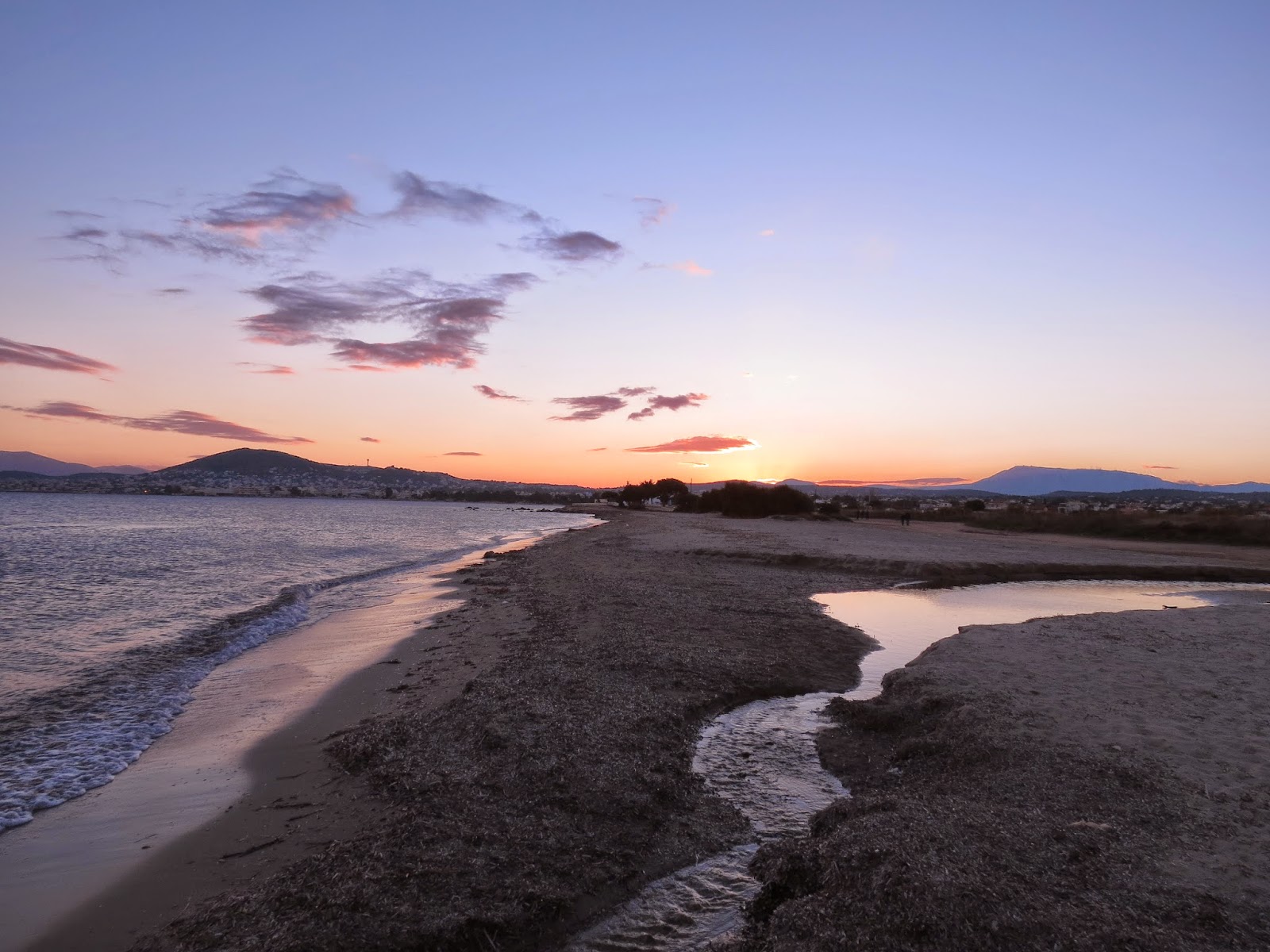 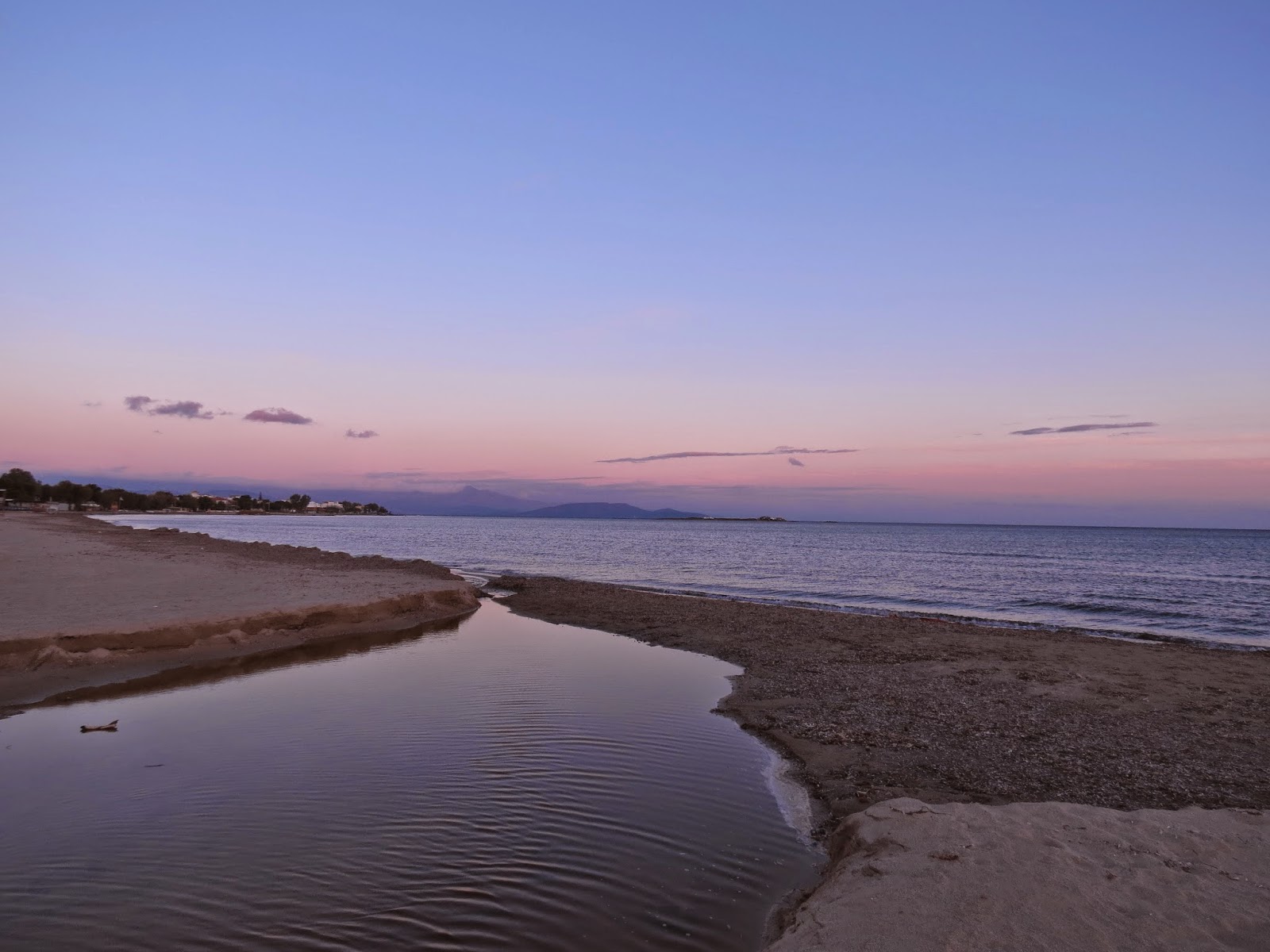 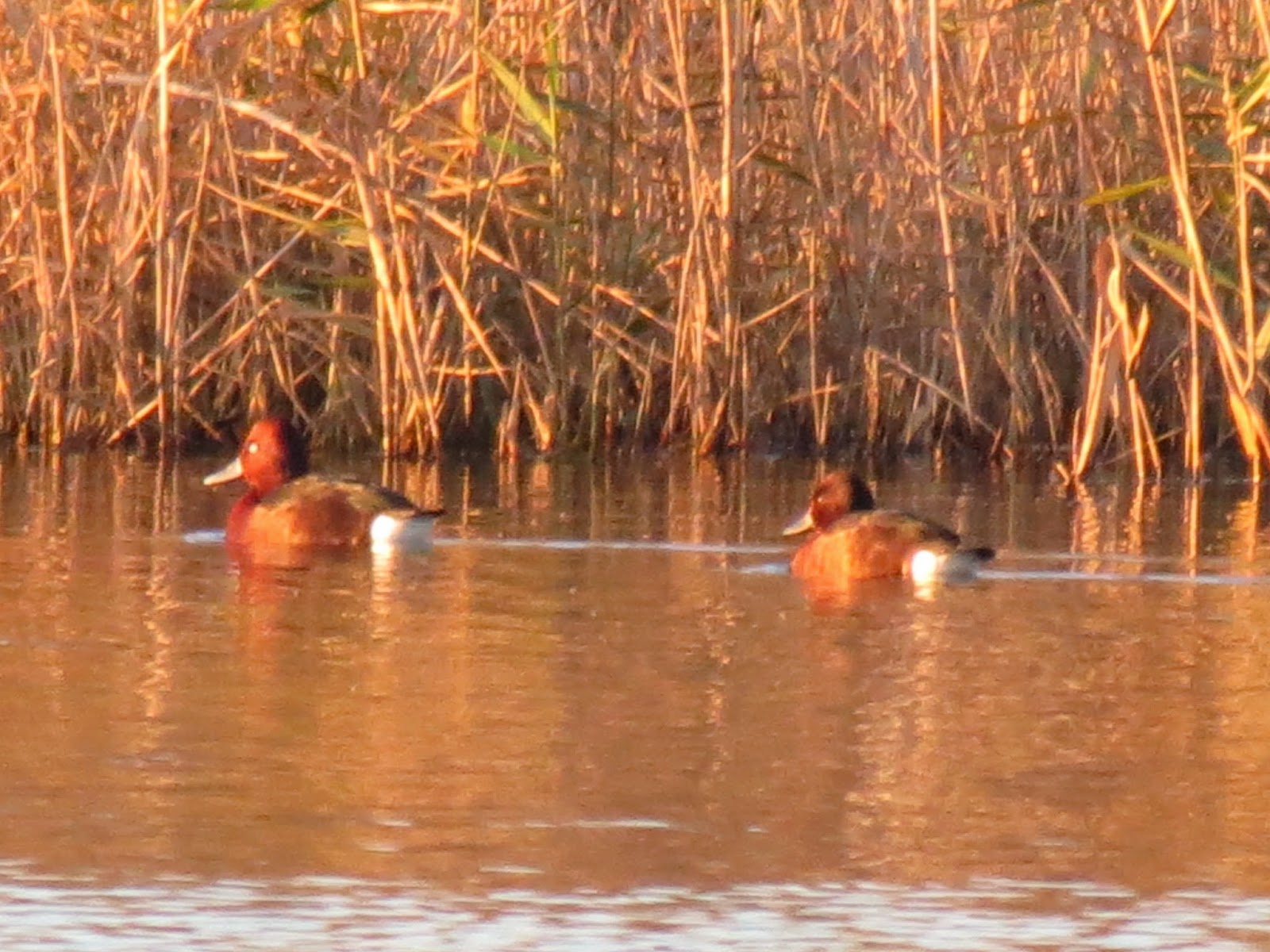 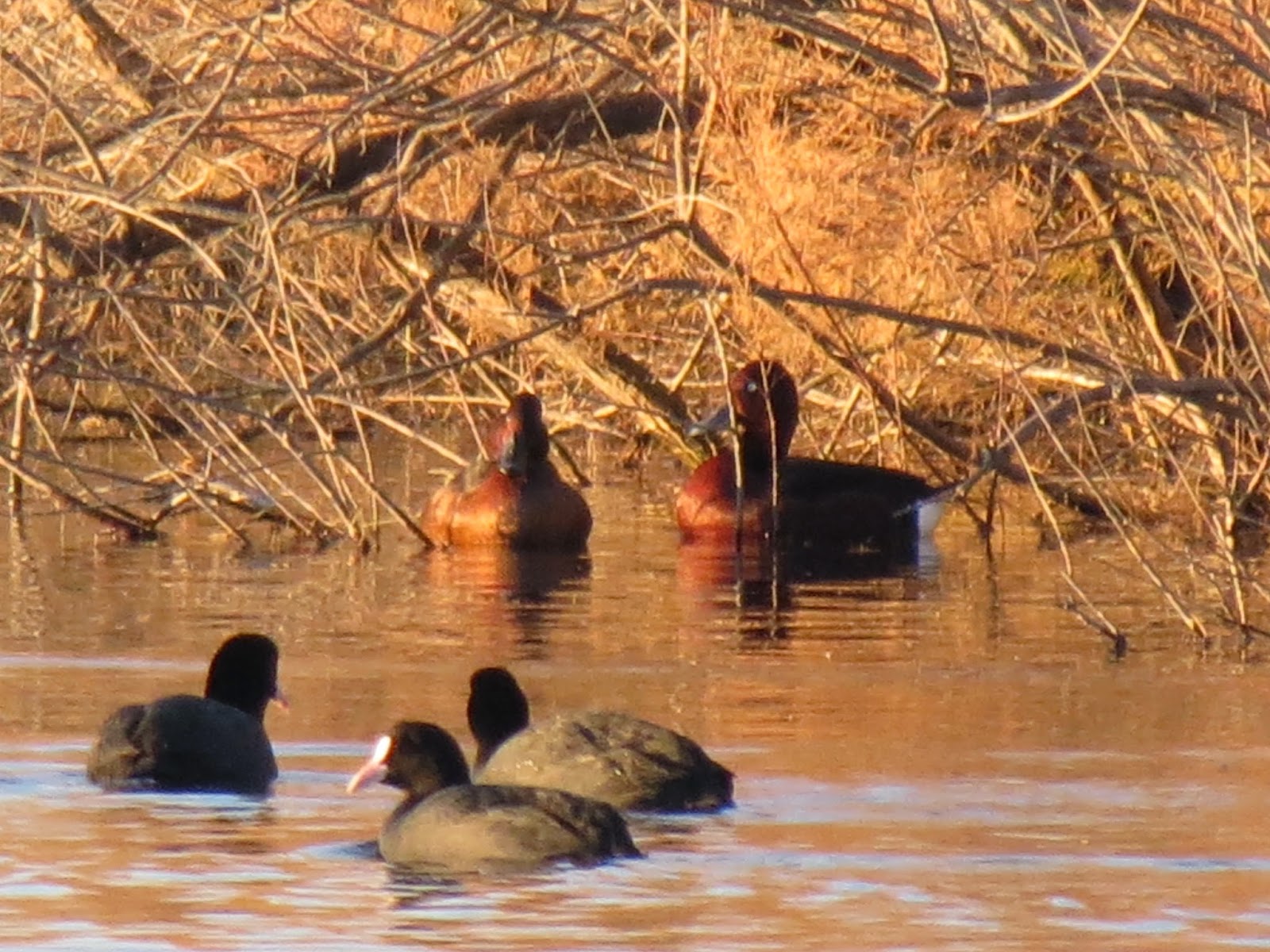 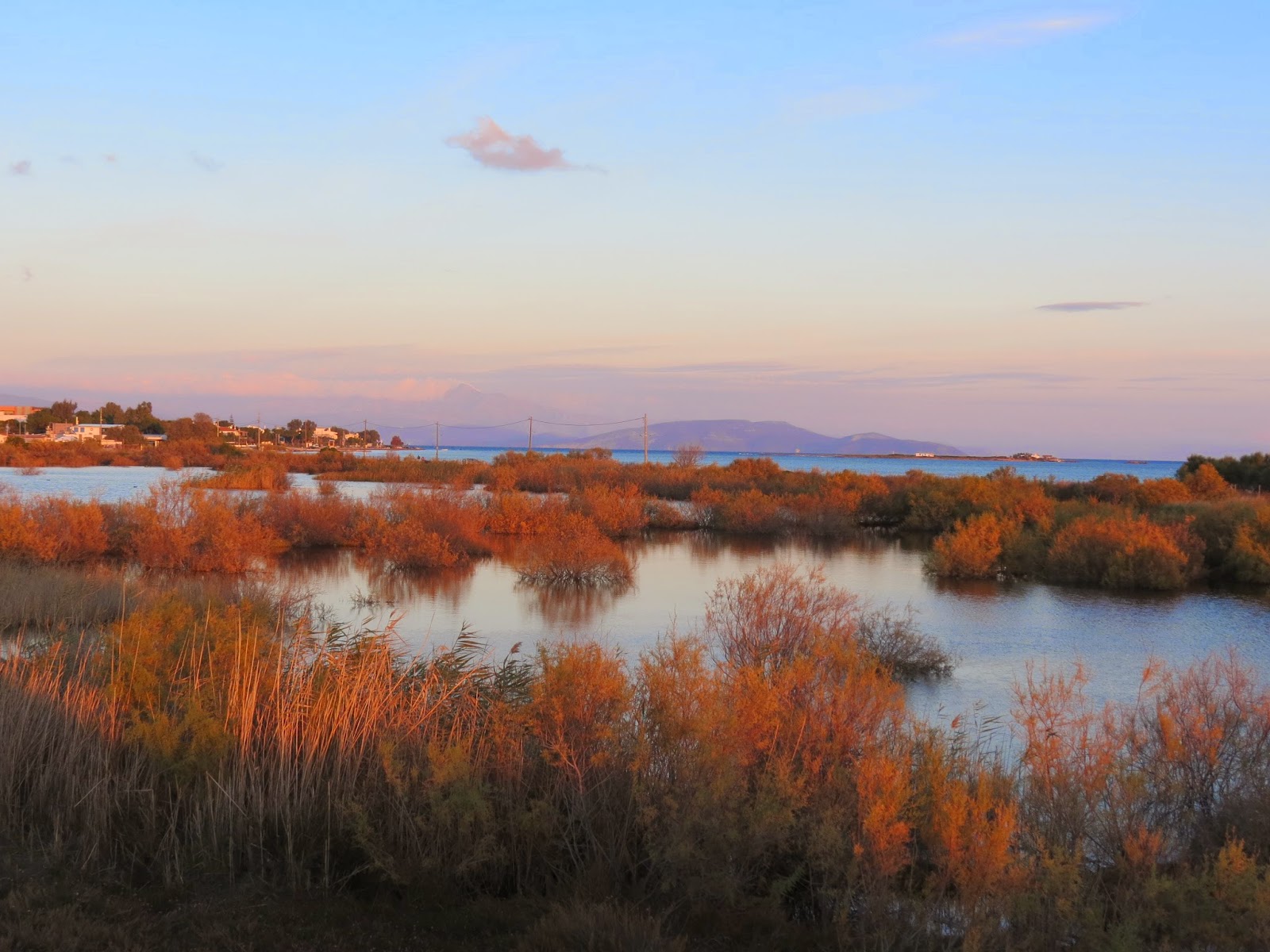 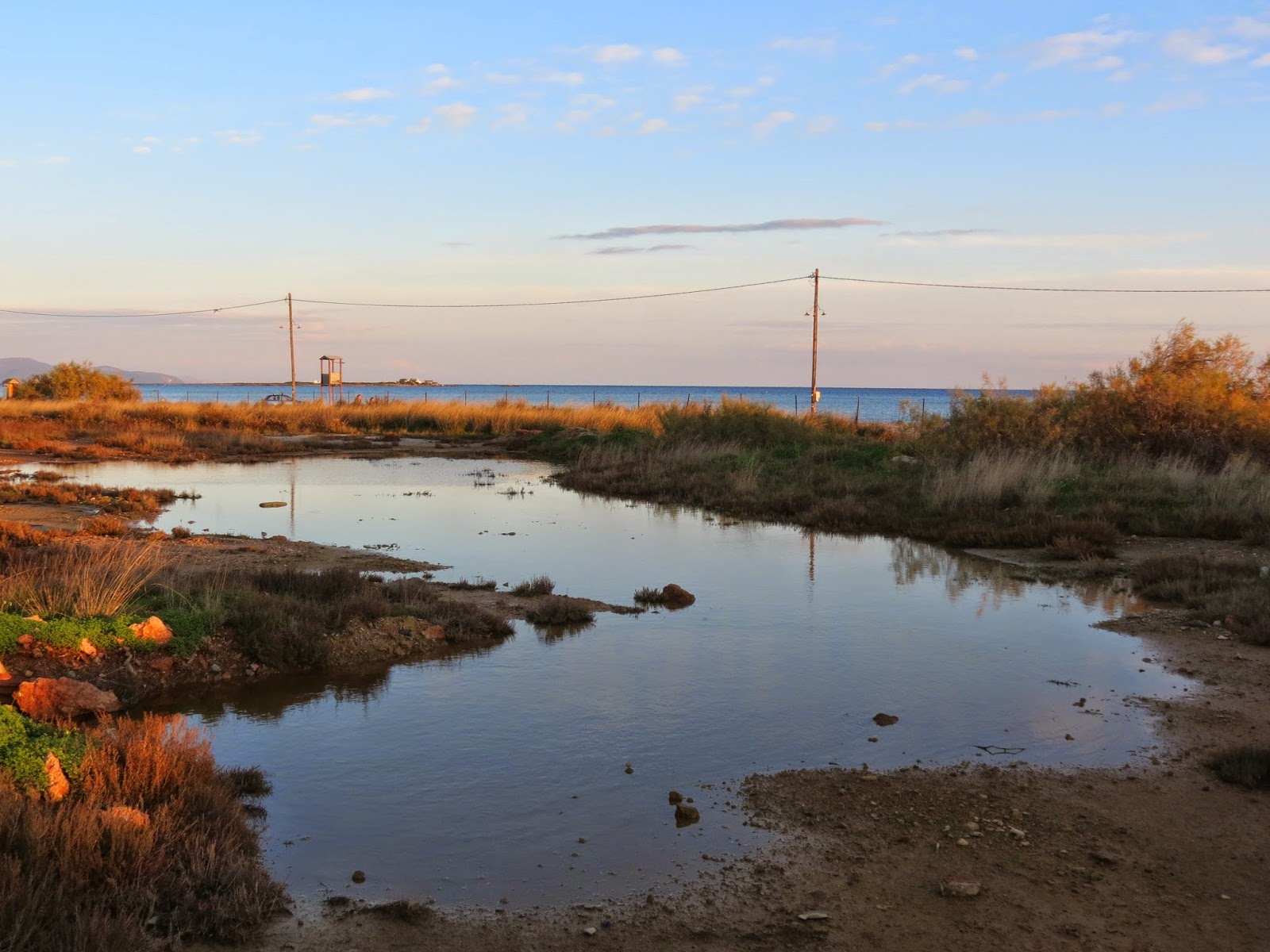 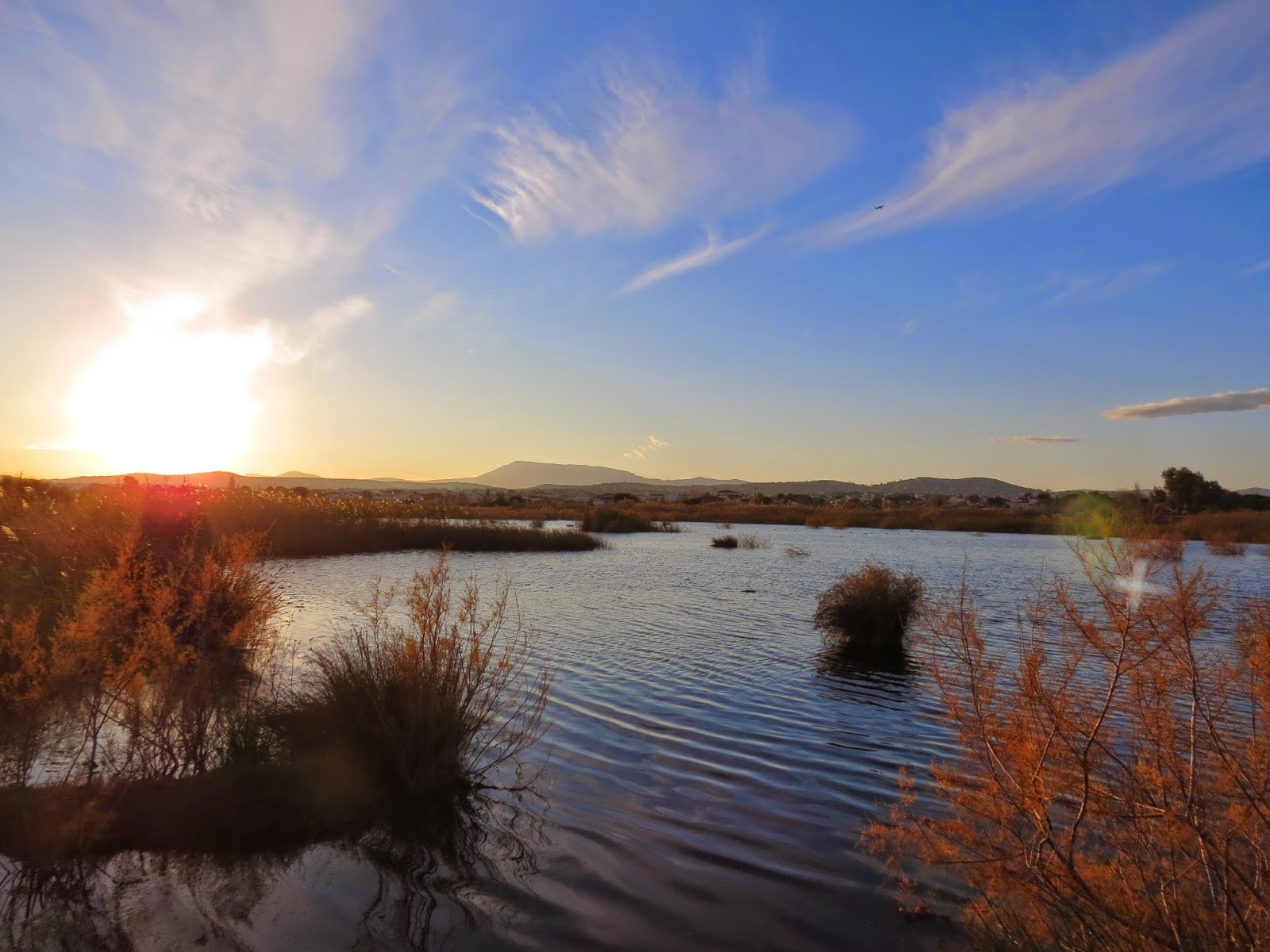 * I would like to say that without the help of friends and colleagues from the Ornithological Society of Greece, much of this understanding and interest would not have developed, such as wetland assessment, conservation, politics, etc.

** For a presentation of the work carried out by HOS and HCMR on the Attica Wetlands Inventory, see: HCMR/HOS 2010 (in Greek)